The United Nations Environmental Program addresses a broad range of issues, including the health and well-being of coastal areas, estuaries and wetlands.

United Nations Environmental Programme (UNEP) has recognised that almost 50% of the world’s coasts are threatened by development-related activities. The health, well-being and, in some cases, the very survival of coastal populations (about 1 billion people are living in coastal urban centres) depends upon the health and well-being of coastal systems such as estuaries and wetlands.

In 1974, the United Nations Environment Programme (UNEP) launched a Regional Seas Programme. The UNEP Regional Seas Programme has emerged over the last 35 years as the prime example of how to craft a regional approach to protecting the environment and managing natural resources. The Regional Seas Conventions and Action Plans cover issues ranging from chemical wastes and coastal development to the conservation of marine animals and ecosystems.

More than 143 countries participate in 13 Regional Seas programmes established under the auspices of UNEP. Seven are independently run:

Six such programmes are directly administered by UNEP:

In addition, members of UNEP have set up a Global Programme of Action (GPA) for the protection of the Marine Environment from Land-based Activities (1995). The GPA is designed to be a source of conceptual and practical guidance to be drawn upon by national and/or regional authorities for devising and implementing sustained action to prevent, reduce, control and/or eliminate marine degradation from land-based activities. 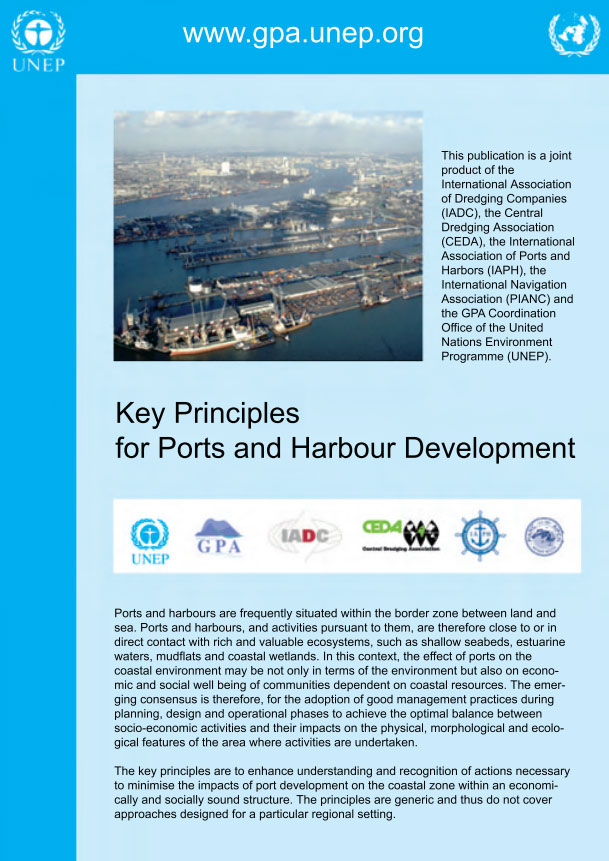 During planning, design and operations of port development, these economically and socially sound actions can minimise impacts on the coastal zone.