Tsunamis are large ocean waves, usually caused by an undersea earthquake, a volcanic eruption, or coastal landslide, which can cause extreme damage.

A tsunami can travel hundreds of miles over the open sea and cause extensive damage when it encounters land. They are also called tidal waves. A tsunami (Japanese: ‘harbour wave’) is generally defined as a series of water waves caused by a (sudden) displacement of a large volume of water.

This displacement can be a result of an earthquake, a volcanic eruption, an underwater explosion, a landslide, calving of glaciers or a more unlikely event like the impact of a meteorite. The waves generated by these events could be high and could consequently have a devastating effect on coastal regions even hundreds of miles away. Although tsunamis are often related to oceans they do also occur in large lakes and fjords.

The risks of hydraulic hazards such as tsunamis should be analysed at the initial (feasibility) stage of a reclamation project. The frequency of occurrence and the expected impact of extreme events should be properly evaluated and related to the expected costs for protection against such events. Such a risk-cost assessment should be the basis for the design of reclamation areas in terms of being ‘hazard-proof’ or not.

Concerns about tsunamis have grown in recent years and many organisations are making efforts to improve early warning systems and coastal protection measures.

The propagation of a tsunami wave towards the coast can be predicted by means of numerical modelling, i.e., by linking a seismic fault model with a wave propagation model. The modelling can predict, with a reasonable degree of accuracy, the time of arrival and height of a tsunami wave at the shoreline. The modelling results can be used as input for risk, design, evacuation or emergency assessments. Data on sub-sea faults can be derived from seismic observations and/or earthquake recurrence models, which are referenced in various literature sources. 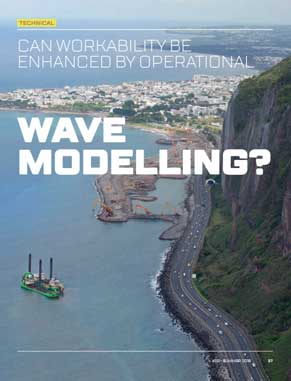 Environmental Monitoring for the Reconstruction of Vilufushi, Maldives 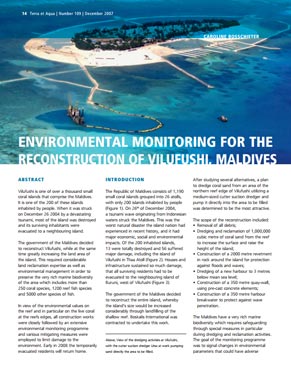 The sensitive coral reef environment surrounding Vilufushi demanded close attention and care as the island, which was devastated by the 2004 tsunami, was completely restored and enhanced.