A backhoe dredger is a mechanical excavator or bucket, mounted on a barge that draws material backwards, towards the dredger.

Work method of a backhoe dredger

“Backhoes” are hydraulic excavators with a single digging bucket positioned on the end of a two-part articulated arm. Land-based backhoes are typically mounted on the back of a tractor or front loader that has an undercarriage with wheels or with tracks.
“Backhoe dredgers” are water-based excavators that evolved from the land-based backhoe. The water-based backhoe dredger is a stationary, hydraulic crane mounted on a dedicated dredging pontoon that often has a rotating table. The word “backhoe” does not refer to its location on the back of a vehicle or pontoon. It refers to the action of the shovel, which digs by drawing earth backwards, rather than scooping material with a forward motion like a steam shovel or a bulldozer or a dipper. In dredging operations both land-based and water-based backhoes may be used.

Backhoe dredgers have become more and more popular for dredging and the modern backhoe dredger is now treated as one of the main classes of dredging vessel. Custom-designed backhoe dredgers can dig at greater depths and have greater total installed power and therefore can be utilised more extensively and cost-effectively for larger projects. Some newer backhoe pontoons may be self-propelled which offers more mobility between work sites. The largest backhoe dredgers are transported by water with spuds that are designed to be tilted out of the water.

Backhoe dredgers are flexible and versatile and can be employed for dredging a variety of materials in access channels and close to shore. These include sand, clays, gravel, cobbles and fractured and unfractured moderately strong rock.

Backhoes do have limitations both in their radius of movement and the depths they can reach. They are usually stationary, requiring strong spuds, or occasionally anchors, to keep them stable and to fix them at the desired dredging location. Although some backhoes are self-propelled, the majority of smaller backhoes must be towed or transported to the work site.

Normally speaking, these barge-mounted backhoe dredgers have a moderate production rate. Production rates are clearly dependent upon the bucket size and the average percentage of the bucket’s filling, which is in turn influenced by the type of material being dredged.
The material is excavated, brought to the surface at or near its in situ density, and placed in barges for transport to the placement area. The capacity of the barges also determines how quickly the backhoe works.

Backhoe dredgers are often used in foreshore protection operations. Smaller backhoes can be track mounted and work from the banks of ditches especially when being used in harbours or other shallow waters, as well as in access channels and harbours along quay walls that are difficult to reach. They can be used for dredging relatively small quantities of material at varying depths.
The new, much larger backhoes that have been delivered in the last few years are able to dredge at greater depths, some in excess of 30 meters. They are often used for bulk dredging of a variety of sediments. 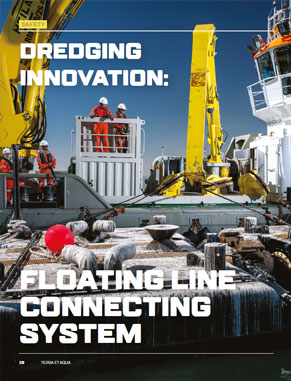 The nomination which won the IADC’s Safety Award 2019 was unveiled at IADC’s Annual General Meeting in New Delhi, India. 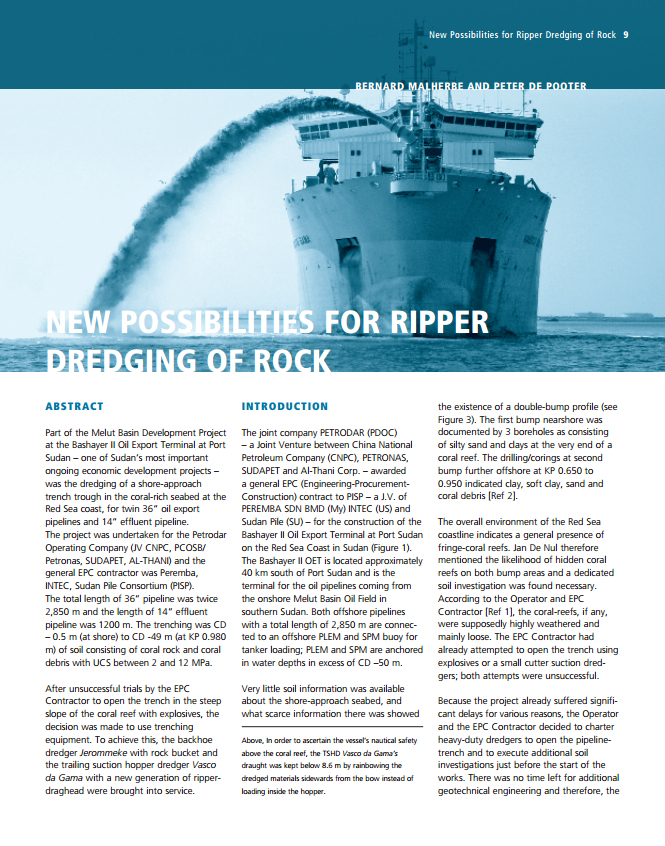 When the trials at the Port of Sudan to open a trench with explosives were unsuccessful, trenching equipment – a backhoe dredger with a rock bucket and a TSHD with a new generation of ripper-draghead – was brought in to accomplish the task. 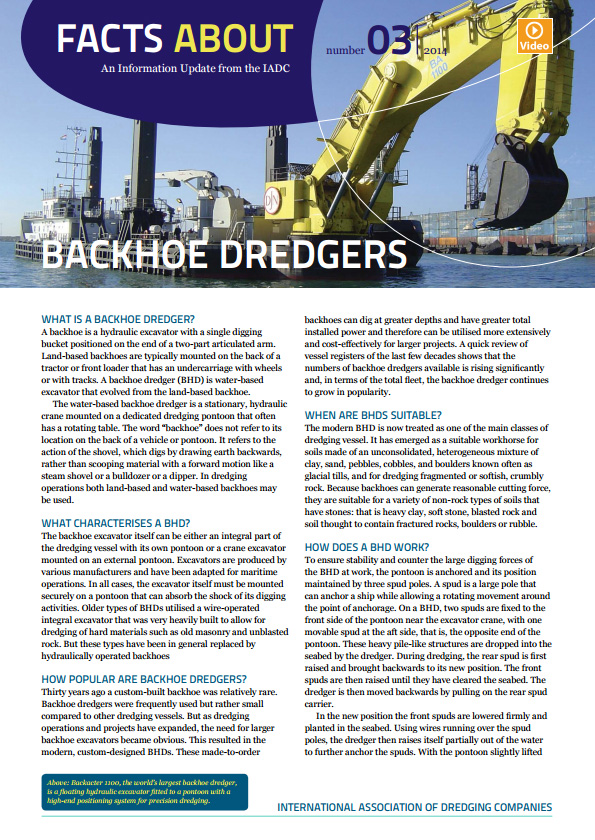 “Facts About Backhoe Dredgers” describes how modern backhoes work to excavate a dredging site and when and where they are the appropriate equipment choice. 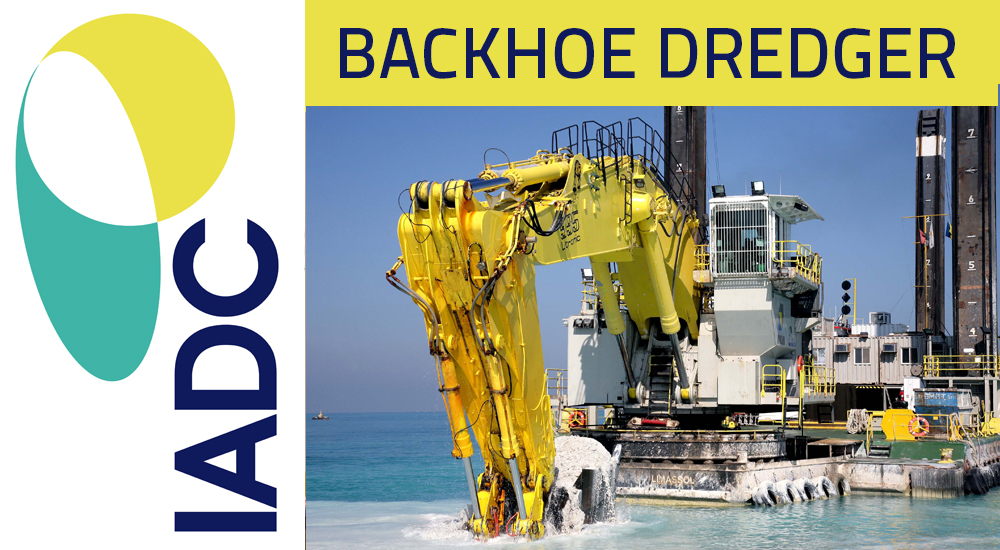 This video relates to the Facts About: Backhoe Dredgers. https://www.iadc-dredging.com/en/84/dredging/facts-about/