An auger dredger has an environmentally sound cutting tool that lies horizontally on the seabed, working precisely to loosen thin layers of sediment.

An auger suction dredger functions like a cutter suction dredger, but the cutting tool is a rotating Archimedean screw set at right angles to the suction pipe and resting horizontally on the seabed. This auger head agitates and loosens material from the seabed and pushes it toward the centre to the mouth of the suction pipe. There the mixture is transferred through a pipeline to its destination. Augers were originally stationary, but the introduction of self-propelled versions of the auger dredger allow the dredger to propel itself without the use of anchors or cables.
The width of the cut depends on the width of the auger which may vary from 2 to 14 metres across. Augers can cut layer by layer as thin as a few centimetres or thick as a metre. As with most modern dredgers, sophisticated monitoring and control systems are installed which optimise environmental efficiency.

The auger dredger is an excellent tool for remedial dredging as it is able to pump in situ density mixtures. It is resistant to debris, with minimal dilution and spillage and low placement costs.
The turbidity shroud on the auger dredge system creates a strong suction vacuum, causing much less turbidity than conical (basket) type cutter heads making the auger dredger suitable for environmental applications. The auger head enclosed by the shroud also minimises the spill.
Auger dredgers are hydraulic but remove sediment in a more concentrated form with less water than other dredgers. They are highly accurate, designed for efficient removal of thin layers of contaminated sand or silt. Special attention has been given to boosting the mixture concentration. The high accuracy of the dredging process helps to keep the treatment costs of the contaminated sediment down.
The auger dredger is also smaller than a cutter-head dredger and can be used in smaller water bodies such as lakes, rivers and canals.

Auger dredgers are primarily used to dredge soft soil and sludge and are also used for sand maintenance and coastal marine applications that require reduced turbidity. This makes them able to dredge contaminated sediments.

Augers can be utilised in water depths of up to 6 metres. With extensions, they may reach 9 metres but deeper than that is not viable. Because of its extraordinarily wide head, an auger is more effective when the waterbed is smooth rather than having an irregular profile.

The auger dredger system can be more productive than a similar sized conical (basket) type cutter-head dredger because of the vacuum created by the turbidity shroud on the auger and the ability to convey material to the pump faster. That said, the output rate is determined by the size of the auger and the environmental concerns.

Auger dredgers were primarily used for sludge removal applications from waste water treatment plants and clean-up projects in lakes. Today, auger dredges are used for a wider variety of applications including for river maintenance and sand mining. They are often used for environmental dredging because their low turbidity and minimal resuspension is less disruptive of marine life. Augers are also effective for dredging contaminated sediments as they are designed for the removal of thin layers.

“Facts About Environmental Equipment” describes equipment specifically developed to remove and remediate contaminated sediments and protect the nearby waters. 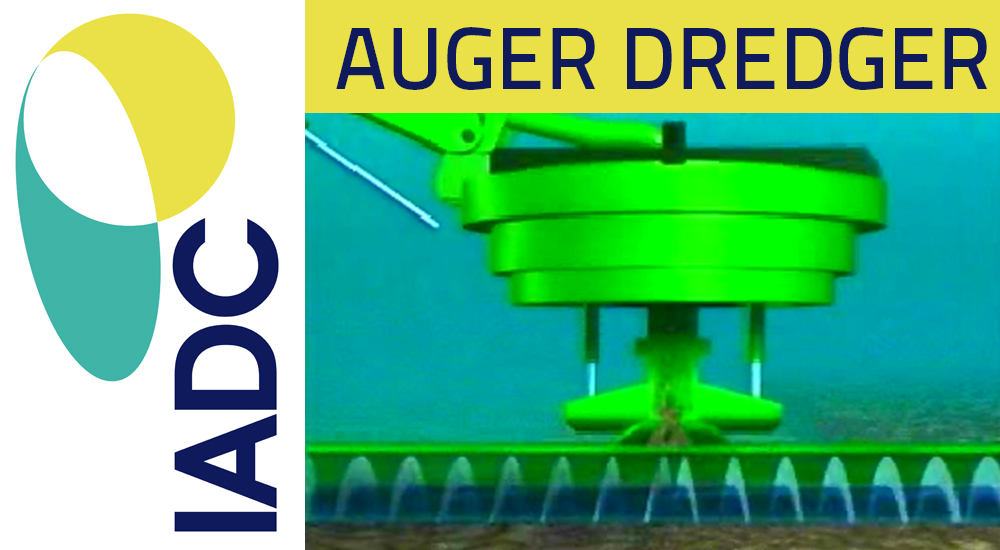