Too little, too late’ was the feeling of some when COP26, the biggest climate change summit of the last 5 years, concluded in Glasgow, Scotland. While the 10-page agreement it produced – dubbed the ‘Glasgow Climate Pact’ – left many activists disappointed, there were several notable achievements. Countries committed to accelerating their decarbonisation plans and to strengthening their emissions-reduction targets for 2030 by 2022, rather than in 2025 as scheduled under the Paris agreement. Developed countries were ‘urged’ to increase funding for adaptation in developing countries.

Rules to create a framework for a global carbon market were approved and the need to reduce global greenhouse-gas emissions by 45% by 2030 was formally recognised.

There is a good reason why so many countries are now saying they plan to go net zero: the collapsing cost of renewables is completely changing the calculus of decarbonisation. Renewables are already often cheaper than fossil fuel power in much of the world. Concurrently, there is growing momentum to get businesses to embed climate risk into their financial decision making. The aim is to make it mandatory for businesses and investors to show that their activities and investments are making the necessary steps to transition to a net-zero world. Seventy central banks are already working to make this happen and building these requirements into the world's financial architecture is a key focus.

There is growing momentum to get businesses to embed climate risk into their financial decision making.

Financing sustainable marine and freshwater infrastructure is the focus of IADC’s joint study by the same name. The report was presented at the Sustainable Development Impact Summit in Geneva in September. Against the backdrop of climate change, energy transition and loss of biodiversity, together with limited public budgets, there is a larger role available for private capital to play in bridging the infrastructure funding gap. The main conclusion is that sustainable waterborne infrastructure solutions are available, have been tested and are economically viable. Private capital could help to accelerate the uptake of such solutions and the report is an important first step in realising this. The report was shared with the dredging community at the virtual CEDA Dredging Days 2021. IADC is also planning a 1-day conference on 17 March 2022 in Dubai to address how private capital can accelerate the green transition in marine and freshwater infrastructure.

Next year marks 50 years of Terra et Aqua. To mark this milestone, we will be celebrating with a special jubilee edition that will be launched at the WODCON conference in Copenhagen, 16–20 May 2022. This one-off special will take the place of both the spring and summer issues, with the regular autumn and winter editions following later in the year.

As for this issue, we look at the need for a social licence to operate, the impact and costs of Building with Nature projects and an investigation into sustainable asset valuation methods, including externalities materialised in maritime infrastructure projects. Jan De Nul and Keppel FELS, winners of IADC’s Safety Awards 2021, also showcase their winning innovations.

More articles in this issue 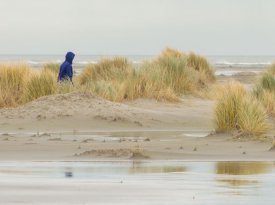 The impact and costs of Building with Nature projects 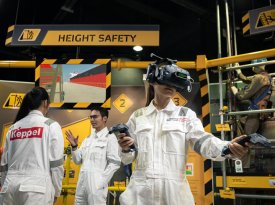 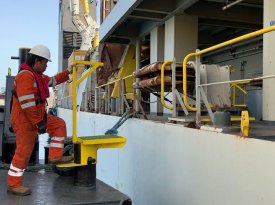 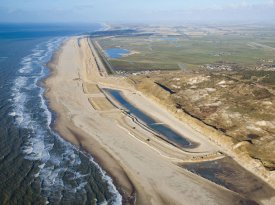 The valuation of externalities in maritime infrastructure projects 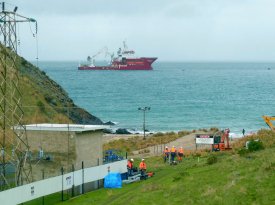 The responsible project: A view on social licence 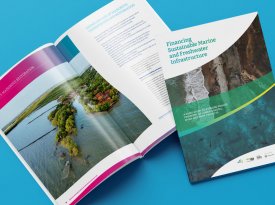