The searing heat that scorched western Canada and the US this summer was ‘virtually impossible’ without climate change, say scientists. All across the region, multiple cities hit new records far above 40C. Beating the previous national high temperature by more than 4C, as happened in Canada at the beginning of July, is unprecedented.

In the same month, the deluge in central Europe raised fears that human-caused climate disruption is making extreme weather even worse than predicted. Starting on 13 July, historic rainfall caused devastating flooding across North-western Europe, swelling rivers that then washed away houses and triggered massive landslides, and claimed the lives of hundreds of people.

The floods that cut a wide path of destruction, make the importance of water management clearer than ever.

These extreme downpours are one of the most visible signs that the climate is changing as a result of warming caused by greenhouse gas emissions. A warmer atmosphere can hold more moisture, generating more, and more powerful, rainfall. The floods that cut a wide path of destruction devastating towns across western Germany and Belgium, as well as in Austria, parts of the Netherlands, Switzerland and Luxembourg, make the importance of water management clearer than ever.

‘We have to speed up the fight against climate change,’ said German Chancellor Angela Merkel when she visited the stricken town of Adenau, Germany.

Flooding is a major issue all around the world; the intense rainfall in Kerala, India (2018) and the swollen Yangtze River in China (2020) caused untold damages. The costs – both human and economic – are staggering.

It takes a commitment from many key players to make sustainable marine infrastructure a reality. If clients, contractors and stakeholders make choices that support this commitment, then water infrastructure can be sustainable. IADC and CEDA’s joint study to explore the role that investors can play in sustainable waterborne infrastructure projects will be launched during CEDA’s Dredging Days, 28–29 September 2021. The report, Financing Sustainable Marine and Freshwater Infrastructure, explores private financing of green coastal, river and port projects. There is no alternative to green infrastructure if we want to tackle the challenges of climate adaptation and reduce the occurrence of the recent devastating events.

As increasing greenhouse gas (GHG) emissions contribute to global warming, it is becoming more important to consider the carbon footprint of hydraulic engineering projects. A study of greenhouse gas emissions during ripening of dredged marine sediment in the article on page 20 does exactly that.

Also in this issue, read the full list of submissions in the running for IADC’s Safety Awards 2021, the benefits of applying the Ecosystems Services approach throughout a project cycle, and how a method was developed to assess impacts and risks in Guatemala while having limited data at hand.

More articles in this issue 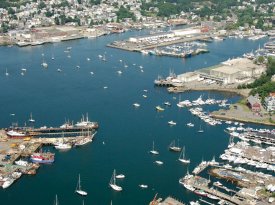 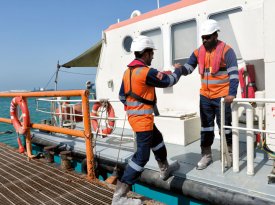 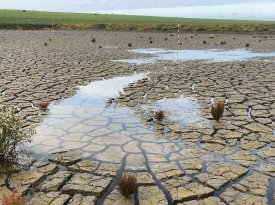 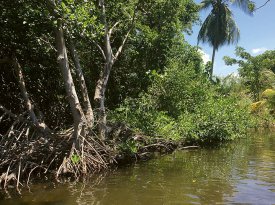